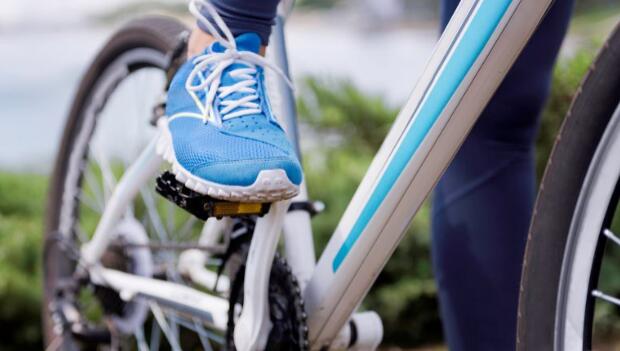 At the risk of eliciting a response along the lines of “No sh*t Sherlock!”, pedalling is absolutely key in cycling. It’s as crucial to success on the saddle as it gets – and there are a surprising number of factors that come into play. We caught up with two cycling experts to get the lowdown on how to pedal properly and improve your skills on the pedals. Hannah Reynolds is a Saddle Skedaddle guide, cycling author and journalist, and Barney Wainwright is a research fellow and applied sports scientist at Leeds Beckett University and the brains behind Wattbike’s Pedalling Effectiveness Score. Here are their top tips to pedalling properly.

1. Get your bike set up correctly

It might sound obvious, but having the right set-up will put you on the road to a good ride. “It’s important to be set up on the bike properly to allow proper functioning of the muscles,” says Wainwright. “Ideally book a session with a qualified bikefitter to get set up optimally if possible. If a cyclist reaches a plateau in their cycling technique or can not address a large left-right imbalance, a poor set-up can often be responsible.”

There is a lot of research around the optimum cadence (pedaling rate). In the early 2000s, high cadences became fashionable, in thanks partly to Lance Armstrong who favoured fast leg speeds. It was seen again in 2013 when Chris Froome launched a successful high cadence attack on the slopes of Mont Ventoux. Wainwright says: “Beginners should not try to push cadences too high to begin with. Keep at a cadence that is manageable but over time look to increase this. Being comfortable – a cadence of 90 to 100 RPM is a good target – will improve the ability to sustain cycling over long periods of time and distances.”

Reynolds adds: “Forcing yourself to pedal faster than you are comfortable with will not improve your results. However, if you are slowly chugging along at 50 or 60 rpm, you will benefit from practicing at an increased cadence – it will do your knees a favour if nothing else!“Play with cadence, doing fast spin-ups and slow cadence climbs. Professional cyclists have a beautifully smooth, fast, effortless technique, known as “souplesse”. You can increase your souplesse with a few drills. Practice spin-ups, where you start in a light gear, and then pedal as fast as you can and hold it for thirty seconds. This will gradually increase your maximum cadence and develop your ability to do this without bouncing around on the saddle. Make this part of your warm-up on every ride.”

3. Aim for even power distribution – and try mountain biking

Equal power distribution between each leg is important, and you should aim for 50 percent of power production from each leg. The distribution of forces across the pedal stroke has a huge impact on efficiency, which in turn can increase power and bike speed.

Reynolds says: “Mountain bikers have the most even transfer of power of all cycling disciplines, because they need to apply power evenly throughout a pedal stroke to maintain grip on technical surfaces. Using a turbo trainer can allow you to get away with stamping, piston-like leg action. If you really want to perfect your technique, you could invest in a Wattbike; their on-screen graphic gives immediate feedback on how you are pedaling and encourages you to achieve a more even power production throughout your pedal stroke.”

Because you are aiming for equal power distribution in each leg, it’s important that they are both as strong as each other. Reynolds says: “Single-leg exercises that force each limb to work individually, rather than being carried by the other, is important.” Wainwright adds: “Initially try not to focus on both left and right sides at once – this can be quite confusing. Start with a focus on one side and then the other, and then alternate the focus on each side within one session. As the cyclist becomes more skilled it is easier to focus on the left and right sides at the same time.”

5. Pull your pedals in semicircles

Wainwright says cyclists should focus on pulling (instead of the pushing) their pedals, using a semicircular motion. “Normally the most important aspect of pedaling is to pull backward at the bottom of the pedal stroke. As the pedal moves towards the bottom switch from a pushing down motion to a pulling back movement. Cyclists are often told to try to pedal in circles. This should be avoided. It should be more like two semicircles pushing down then pulling back – a left semi-circle followed by a right semicircle, with a seamless transition from the left pull back to the right push down. Then repeat on the other side.”

6. Work on your core

A  strong, stable core helps maintain a good riding posture and smooth pedalling technique. Reynolds says: “You can’t fire a cannon from a canoe – for your big, powerful glute muscles to fire correctly, your pelvis and trunk need to be strong, too.

Anything you do in the gym should be specific and transferable to cycling, such as split squats and single-leg squats. Every cyclist should be able to hold a plank, do bodyweight squats and press-ups. Think of your bike saddle as a bar stool you perch on, not an armchair that you slump in.”